New plans have been submitted for a significant residential development at the Broad St Mall.  Here’s a quick look at the plans.

The mall’s owner Moorgarth has designed three towers for the south side of the complex.  Two stand above the existing multi-storey car park, with the third sited in the “South Court” open area that had previously been earmarked for a container market. 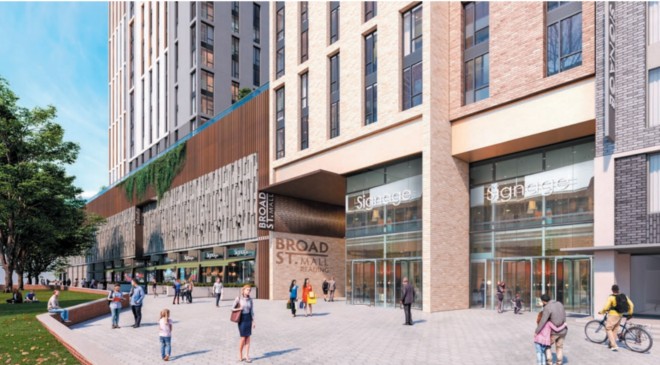 The distinctive concrete car park wall is retained whilst the Hosier St/Dusseldorf Way frontage is otherwise transformed, including with a new retail unit at the base of the South Court tower. 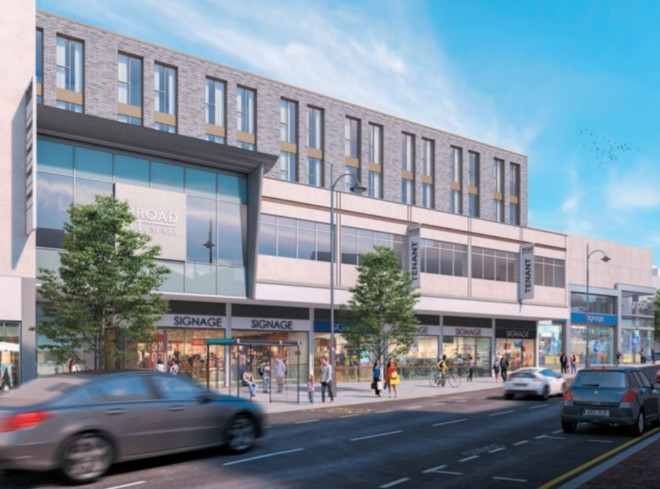 The towers’ location at the southern side of the plot will cast shadows predominantly over the roof of the mall, rather than existing homes or streets. 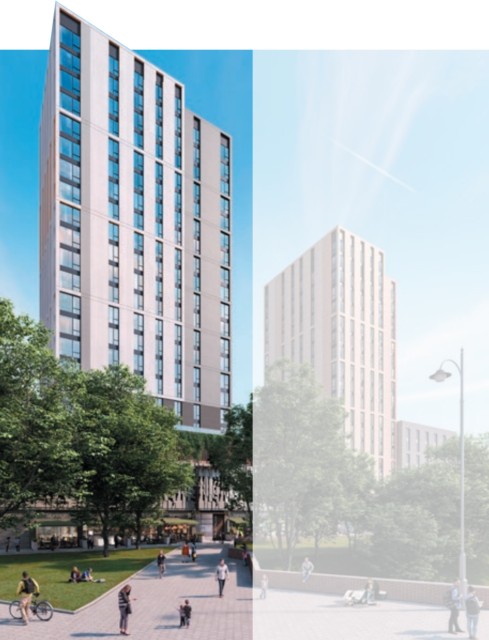 The tallest of the towers is 22 storeys above the existing mall, reaching a total of some 80m above ground level.  A communal roof area on top of the car park will provide some gardens for residents. 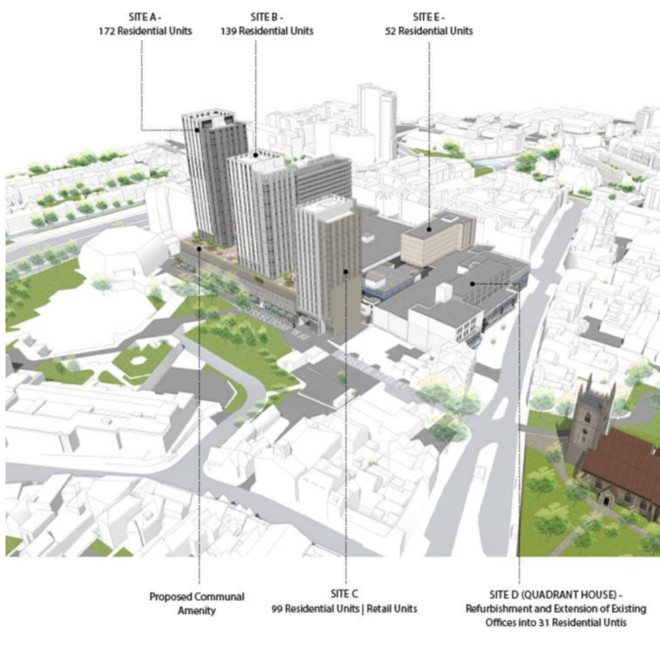 In total 493 homes are included in the plans.  The visual below also shows the proposed Premier Inn on the old Eva’s nightclub plot, which is the subject of a separate application. 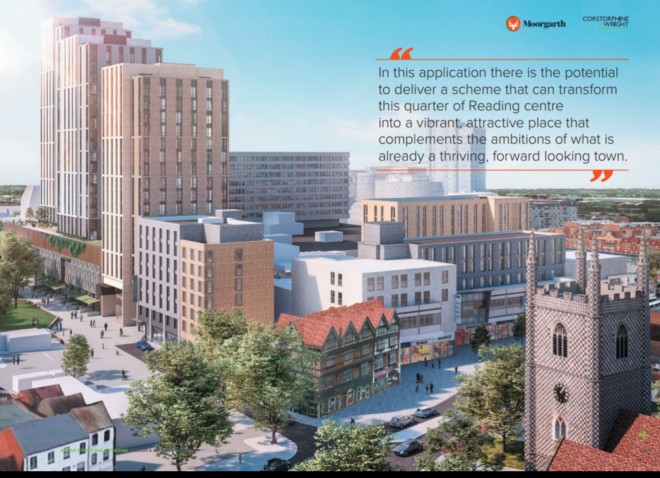 Meanwhile, The Oracle’s owner Hammerson announced results this week.  Surprisingly, the full results pdf on their website provides a breakdown of individual centre’s fortunes, along with some commentary.  The Oracle is called out as performing poorly on footfall due to new local competition, ironically including Hammerson’s own enlarged shopping offer at Didcot.  However, there is some optimism with a 10% footfall increase in December, following the opening of Next.  Whether this is custom stolen from Broad St or an upturn in shopping visitors to the town as a whole is unclear.  This month’s retention of HMV is another notable success.

The annual figures also highlight a revaluation of The Oracle, a reduction of £121 million.  This is more severe than the other listed centres, but it’s a downward trend nationwide.  In that context, you can certainly understand Moorgarth looking to avoid a similar fate at its centre.  Residential appears to be where the opportunities lie and the nature of Hosier St site lends itself to this kind of re-invention, with the council drawing up similar plans on its adjacent former Civic Centre.

Hammerson have said they intend to sell off some of their shopping centres to reduce debts.  My suspicion is that they will retain The Oracle.  But I wouldn’t be surprised if they’re looking at options to balance their exposure to retailers.  We really need to get to a point where developers can produce viable plans for schemes other than residential.  I hope both malls can examine their leisure offering and realise they need to accelerate improvements on that front to keep bringing people into town.  But in the meantime, The Oracle might cast an envious glance across, or should that be up, to their traditionally lesser neighbour, as at least they seem to have some big plans.

Your comments, as always very welcome – registration not required…