The largely derelict Station Hill site was bought by John Madejski’s property company in March 2005.  Eleven and a half years later, progress has been painfully slow.  With no news on the project in months you can only imagine my excitement upon noticing last week that the website logo in the top right-hand corner of the screen had been updated!  Whilst the Station Hill developers are somewhat tardy at building buildings, in relation they’re positively prolific at building websites.  By now I should surely be writing a piece about gleaming new architecture?  In the absence of any bricks and mortar, and thanks to the little-known online gem that is the “wayback machine” internet archive, here instead is my history of the StationHillReading.co.uk website.

We start at the beginning with the vintage 2005 logo.  A striking chevron of optimism and block-capital bravado.  But as the decade wears on and the planning delays mount up, we take on a more serious tone.  A playful pink relaunch in 2013 is quickly rebranded with a ticket-inspired injection of impetus.  And now our 2016 edition – a professional, upmarket refresh.  Maybe now, finally, eventually, please(!!), something might be about to happen.

But in the absence of any actual news updates on their website, we’re forced to play the game of reverse engineer the marketing agency conversation from the final logo redesign.

– I think the current one’s too heavy on the rail thing
– Yeah, people might think we’re actually part of the station, like a ticket office?
– We should have learnt our lesson when everyone thought Apex Plaza was a type of advance purchase train fare.
– What about the Hill bit?  Is there actually a hill?
– There was, back in 2005 when we named it, but it’s been so long that it’s now gone.
– Gone?  What happened?  Glaciation?  What’s there now then?
– They dug it up.  It’s now some steps and a ramp.
– ‘Station Steps and Accessibility Ramp, Reading’ – that’s not going to work.
– What about the ‘Reading’ bit – should we put that in?
– I don’t know – I thought our Festival Place marketing was inspired – “Festival Place – just minutes off junction 6 of the M3”, with no mention of Basingstoke whatsoever.  We’ve duped thousands of people into shopping there, mindlessly programming their satnav before exclaiming “hang about! I’m in Basingstoke!”, but all too late to turn around and escape.
– I’m not sure Reading Station has a rail junction number does it?
– First stop from London, maybe?
– They might end up in Slough
– Okay, let’s put the Reading bit in, but just keep it low-key

My internet “time team” investigation has revealed the changing aspirations for Station Hill.  Now in its third cycle through planning, there are some clear patterns.  More office space.  Less retail space.  Shorter, more rectangular buildings.  Sadly dropped are the exciting plans for an Arts Centre and a bowling complex.  The medical centre: that’s gone, as too has the gym.  The Garrard St multi-storey now stays, instead of costly basement excavations to provide parking.  There’s talk of turning the top floor into an astroturf football pitch (enclosed by netting), but I guess that might well get dropped too.

It’s frustrating.  We all want to see a dynamic new district in the heart of our town, ideally with great new facilities for everyone – not just its immediate office workers and residents.  But it’s difficult to know who to blame.  Sir John is obviously beyond criticism as a Reading hero, but this project might have been one too many for him and when he bailed out perhaps we could never expect to retain the more philanthropic aspects of the proposals.  And it’s hard to imagine through the changes of ownership and over eleven years that any individuals have been associated with the project throughout.  Inevitably, plans must have found their way into a box file and onto a shelf for many years – much as I’d like to imagine a permanent project team holding daily meetings discussing what they did yesterday – nothing, and what they plan to do today – nothing.

So really I’m ranting at an inanimate parcel of land with its awkward topology, an inconveniently located sewer that seems to scupper all the plans, and a largely dormant internet domain registration.  Nevertheless, boo hiss I say to all three.

By way of a small dose of fairness, some things have happened.  They’ve demolished the Western Tower, the dowdy parade of shops and the bingo hall.  We’ve got a temporary cafe and event space which has already been put to good use over the summer months with a big screen for the Euros and a beach.  There’s also been a significant recession and now the Brexit situation to deal with.  You’ve then got lots of rival office schemes flying up around town and swathes of out-of-town development at Green Park, Theale and Winnersh Triangle.  But really, this is the one we all want to happen.  Reading is the economic capital of the Thames Valley and its flourishing city centre, where everyone wants to live and play is worthy of this scheme.  Ultimately, that comes down to persuading some businesses to sign up.  The latest logo is probably a sign of an impending online relaunch, and if that’s what they need to market this scheme to the business community that will determine its fate then fine.  Hopefully then, this might be the last of the Station Hill websites.

The ReadingOnThames exhibition of historic Station Hill websites starts next week at Reading Museum and runs until 2030. 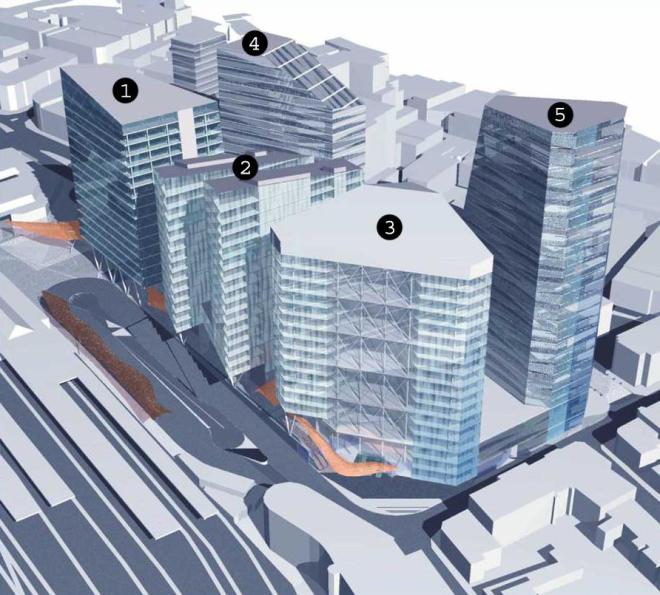 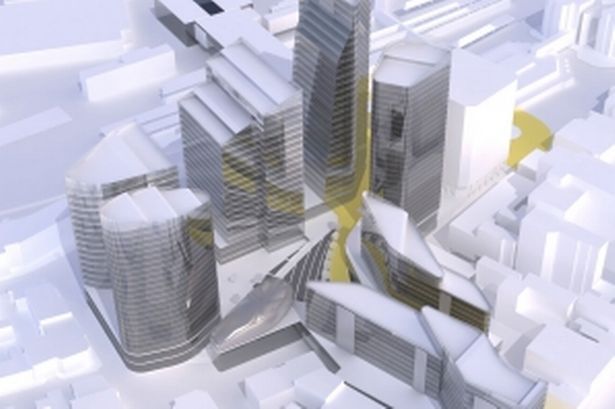