Today it was announced that Reading Prison is to be sold for housing development.  Progress on the prison disposal, following its closure two years ago is to be welcomed.  However, in my view, most people in Reading had rather higher hopes for the historic building than a pure apartment conversion.  Rob Wilson, Reading East MP, was on BBC Radio Berkshire’s Andrew Peach show this morning telling us that we should be “extraordinarily happy” at the prospect of some much-needed housing.  It would be “extraordinary”, he continued, to question the idea.  Well, I’ll have to take that as a compliment.

When I learnt French at school, our teacher taught us parrot-fashion to introduce ourselves and say where we were from.  Thirty children, and we could all recite impeccably, “I come from Reading.  Reading is near London.  There is a jail where Oscar Wilde was imprisoned”.  And that was it: onto siblings, pets and hobbies.

There are many old buildings of interest in Reading, but when it comes to genuine historic significance outside of the local narrative, the prison, along with the Abbey Ruins, is the best that we have.  To think that the only access to the historic cross-shaped building might be to the owners and tenants of apartments is, well, aptly enough, criminal.

It’s true that new housing is desperately needed.  But that doesn’t mean that every single available town centre plot needs to be earmarked for flats.  Even in the vicinity of the prison, we have the canal-side Homebase and Toys R Us sites. Their lifespan as single-storey bulky goods retail outlets, amid soaring town centre land values, is surely limited.  Those sites could take 1000 flats, quite comfortably.  The retailers could up sticks for cheaper, car-friendly land near the motorways or the A33.  The Island Road site could have been suitable, but that’s got planning permission for Evander to build warehouses – note, not housing, Mr Wilson.  Extraordinary.

So what should be done with the main building?  It’s easy to reel off lists including art galleries, theatres, a museum.  Clearly there’s a commercial reality here; we must accept that.  But aspirationally at least, this should be the place we would proudly take visitors to our town to see.  Could part of it not be converted to a hotel?  Perhaps another wing could be converted to a lecture theatre?  Potentially in partnership with the university, such a facility could host a mixture of talks and lectures, day-time business meetings, evening comedy, student cinema etc.  A cafe or restaurant on the ground floor with outdoor dining looking out (with perimeter walls removed) over the Abbey Ruins, with room for offices or even, dare I say it, housing above.

Note also that a modern pre-fab building exists on the site, shown at the front of the image below. That could be knocked down and replaced with new buildings.  Here’s the solution for your housing. 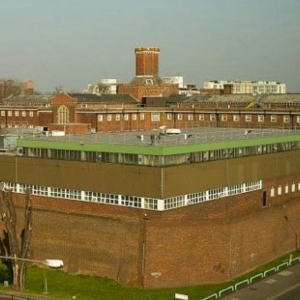 For the main building, hopefully the housing-only position might be softened if the right developer comes along.  Let’s hope we get lucky.  Otherwise I might need to learn the French for “Reading had the first ever Little Chef”.

The dilemma with no prisoners

One thought on “The dilemma with no prisoners”