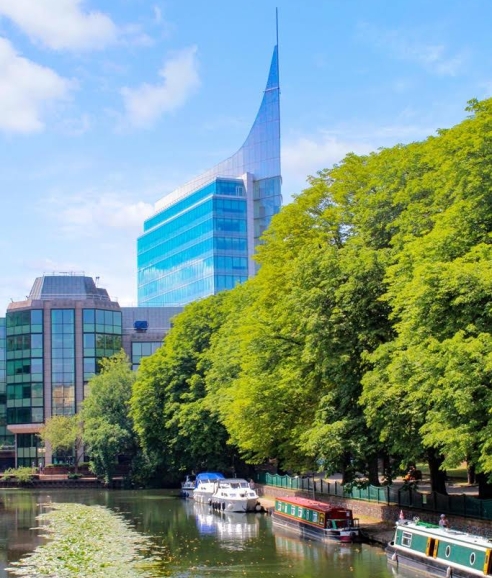 Would you vote for an extra tax?  You might be surprised to hear a voting process is underway right now in Reading for exactly that.  It’s a simple Yes/No referendum.  On this occasion, it’s not residents being polled – frankly nobody’s in a hurry to ask the public to make any more binary political choices at the ballot box.  But thankfully it’s not us being taxed either.  The votes on two separate town centre “Business Improvement Districts” (BIDs) ask local employers to agree, by way of a majority, to a 1% levy on their business rates (taxes) to fund a range of initiatives to “enhance their trading environment”.

This scheme has actually been running across the central shopping area since 2006.  It’s renewed by a new poll every few years, and the current vote would see it mandated until 2024.  It brings in around half a million pounds per year, which is then spent across a number of themes: 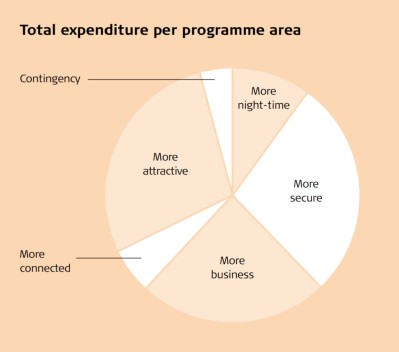 Some of the big expenses include: cleaning the streets, seasonal illuminations, floral displays, and extra security staff to work with the police.  You might expect all of these to be provided by the council.  However, given the budget constraints at town halls nowadays, it’s clear these would be considered nice-to-haves and likely unfunded.  Without the BID, which is run entirely separately and with no budget from the council, there would probably be no Christmas lights or summer flowers.

Thankfully, there’s still some money left after that lot, much of which goes towards organising events, initiatives to boost independent retailing, and funding wider marketing of Reading as a shopping and leisure destination.  There’s a multitude of other things too, all designed to bring people into town, to ensure they have a good experience while they’re here, and ideally to spend a bit of money at the same time.

From a resident’s perspective, I believe it can only be great news that local business is prepared to finance these projects.  I hope that a majority of occupiers will maintain this proactive attitude to help keep the town centre a safe, clean, and vibrant place to visit or work.  However, if I were a town centre a business, having agreed to contribute, there are a couple of questions I’d be asking the council in return.

Firstly transport.  Improvements are too slow.  I’ve seen a few buses lately with their destination dot matrix changed to “Bus Full”, yet the traffic seems as bad as ever, whilst shopper footfall is down (albeit only in-line with national trends).  I’m not sure how that all adds up.  Garrard St car park is to be demolished with no announced plans, temporary or otherwise, for replacement parking.  If there were a long term strategy to reduce parking on environmental grounds, balanced by investment in better bus services and new infrastructure for public transport and cycling, then fine.  But where are those improvements?  I took the bus to the station (from Caversham) this week.  It took an age to inch through traffic, unable to “rat-run” how I might in the car, and it was standing room only.  By the time I got to town I could have done all my shopping on my phone and got straight back on the bus home.  Beleaguered retailers are putting their hands in their pockets to fund the maintenance and the promotion of the town centre; it’s up to the council and government to fund the transport network to get people there.  So what’s the plan?

And secondly on leisure.  Too often we hear that various facilities we lack can’t be viable otherwise someone would just step in to provision them.  Yes, there are business cases that need to stack up, but I think it’s also about who happens to have what idea at a certain time with a particular project or scheme… in short, chance.  I tested this theory by emailing the directors of the largest bowling companies asking why they don’t open in Reading town centre.  Several similar responses – here’s a quote from one:

“I would be very interested to see any details you may have on suitable locations in Reading as currently we are not aware of any suitable premises.”

I don’t know whether I’m looking to the council or Reading UK (the organisation running the BID) but there’s clearly an opportunity to take the initiative and round up the sort of new operators that might make a difference to the town, and find a home for them within existing or new developments.  Instead of waiting for retailers to fail due to falling footfall, let’s hurry along bringing greater diversity to the high street, and with it the visitors that will keep the shops in business.

Back to the BIDs, this time around there is an ambitious proposal for a second BID area.  This isn’t unprecedented nationally – Birmingham has twelve separate schemes – but it is new for Reading.  The plan is for an “Abbey Quarter BID“, focussed on the predominantly commercial areas surrounding the Abbey Ruins. 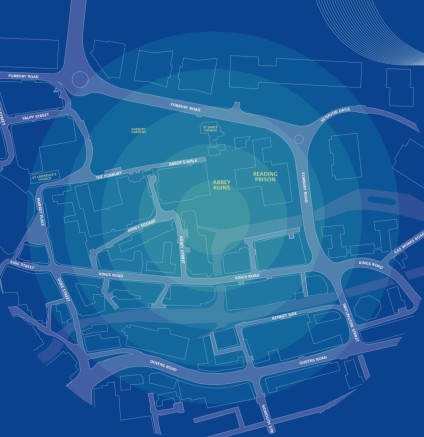 Approval for the programme will depend on support from corporate occupiers.  And the benefits to them are subtlety different to the central retail area BID.  Alex Brannen, Communications Manager at Reading UK, which manages the existing Central Reading BID and is behind the proposals for a new Abbey Quarter BID, explains further:

“The Central BID has shown its worth over the last 12 years by leveraging significant levels of private sector investment to support the town centre as a great place to visit, shop, work and live. The proposals for a new Abbey Quarter BID, similarly, are designed to support business growth by positively exploiting its fabulous heritage, making full use of the untapped opportunities the waterways afford and linking in to possible developments on the Reading prison site. Reading businesses based in the Abbey Quarter (and beyond) see the retention and recruitment of staff as their biggest challenge. By promoting and investing in the Abbey Quarter, we can establish it as a unique, iconic business location and a great place to work.”

Whilst focussed more towards employee benefits, I still feel that there’s significant mutual advantage here.  Employers, their staff, and the wider Reading public all gain from having a more attractive, safe, and well managed central area.  And the opportunity to breathe more life into the Abbey Ruins through events and leisure activities is an exciting one.  Clearly, a final piece in the jigsaw would be a cultural hub at the Gaol.  No news yet on that, but surely the BID would pave the way for it to be incorporated fully into the town centre.  In my view, it’s a bid for success, and if you’re a local business entitled to vote for its inception I’d strongly urge you to consider supporting it.  Voting is open now, and runs until 21st February.